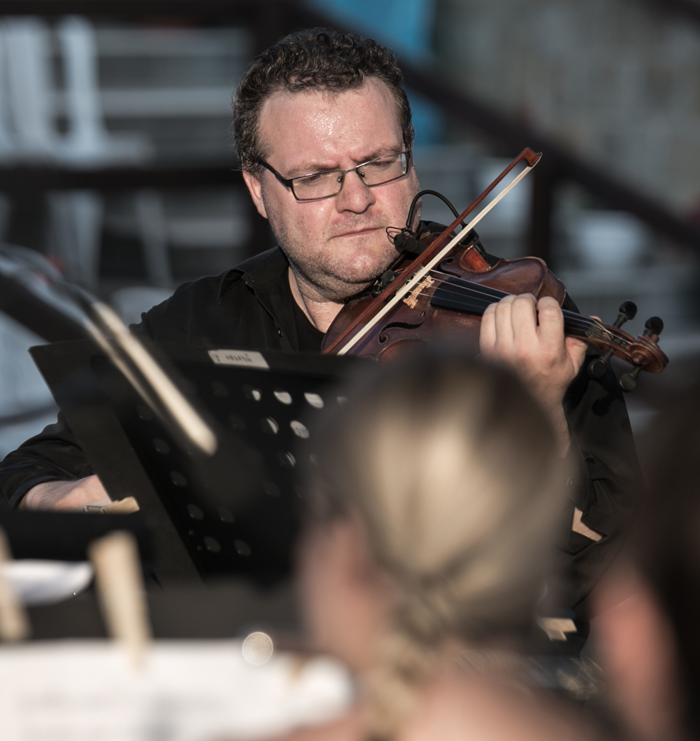 Balázs Bujtor was born in 1975 to a family of musicians. He was eight when he started playing the piano and the violin. In 1988 he was admitted into the ‘Class of Extraordinary Talents' at the Ferenc Liszt University of Music.

Among others he worked with Péter Eötvös, Sir Neville Marriner, János Fürst, Zoltán Peskó, Domonkos Héja, Zsolt Hamar, András Ligeti and Zoltán Kocsis. Since 2000 he has played on several recordings for BMC Records with Gábor Gadó, Alban Darche, Gábor Winand, Cristophe Monniot, Béla Szakcsi and Kornél Fekete-Kovács, and can be heard on more than fifty albums and thirty films.

In 2008 he won the ‘Artisjus Award' in Hungary and he founded the Hungarian Studio Orchestra in 2009. He obtained the titles of ‘Favourite Musician of the Year' and ‘Artist of the Season' in 2010, while in 2011 he worked with Krzysztof Penderecki.